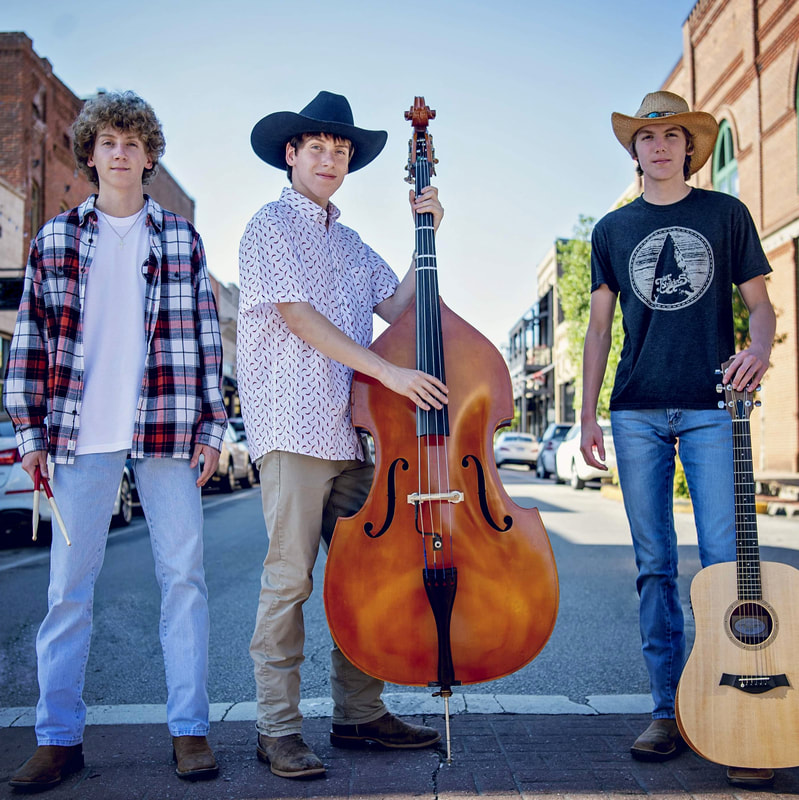 The brothers – Treyson, JD, and Chaz Stafford – have gained a strong following in Arkansas and are moving on to bigger things with the 2020 release of their self-titled debut EP – TRIPPP. In 2021, they are set to release several singles they wrote during the COVID-19 quarantine in 2020, starting with “Rather Feel Pain” released on January 22, 2021.

This young band hails from the small town of Jonesboro in the Northeast corner of Arkansas where the hills of Crowley’s Ridge meet the cotton and rice fields of the Mississippi River Delta. They currently reside in Nashville where JD is a freshman at Belmont University in the Songwriting program, Treyson is a freshman at Belmont majoring in Biblical Studies, and Chaz is taking some time off from pursuing an Audio Engineering Technology degree at Belmont to focus on musical endeavors.

They picked up the fiddle at the age of six, but quickly moved on to other instruments by age eight. JD chose percussion and is a rare singing drummer, while also handling the roles of lead songwriter and lead singer on most of the band’s original songs. Chaz plays guitar and has a unique ear for arranging harmonies and composing the music for the words he and his brothers write. Treyson, with his deep bass voice, is the key entertainer in the trio – doing great imitations of Johnny Cash and Billy Gibbons. He plays bass guitar and a pair of stand-up basses he lovingly calls “Bertha” and “Bessie.” Treyson’s abilities take on even greater meaning when you consider he has worked his entire life to overcome autism. The trio recently added supporting members (and fellow Belmont University students) Carver Partin (from Atlanta, Georgia) on guitar, Cooper McCord (from Atlanta, Texas) on drums, and Jackson Dyson (from Memphis, Tennessee) on keyboard.

The brothers are looking forward to getting back out on the road and playing for fans in the summer of 2021 – within the restrictions of the pandemic. “In the words of one of our biggest influences, Sturgill Simpson, we’re just ‘Living the Dream,’” said JD. “We just want to play our interpretation of the real, authentic music we were raised on and hopefully carry the torch for our heroes, such as Johnny Cash, to a new generation of country music fans.”