For the second year in a row, the Lawrence County Chamber of Commerce’s Beatles at the Ridge Festival has earned statewide recognition.

In addition, the Beatles at the Ridge website won Silver (second) in the state. The website also won second place for the 2017 festival.

Walnut Ridge Mayor Charles Snapp, who also serves as chair of the Lawrence County Chamber of Commerce Tourism and Festival, accepted the Bronze award at the conference. 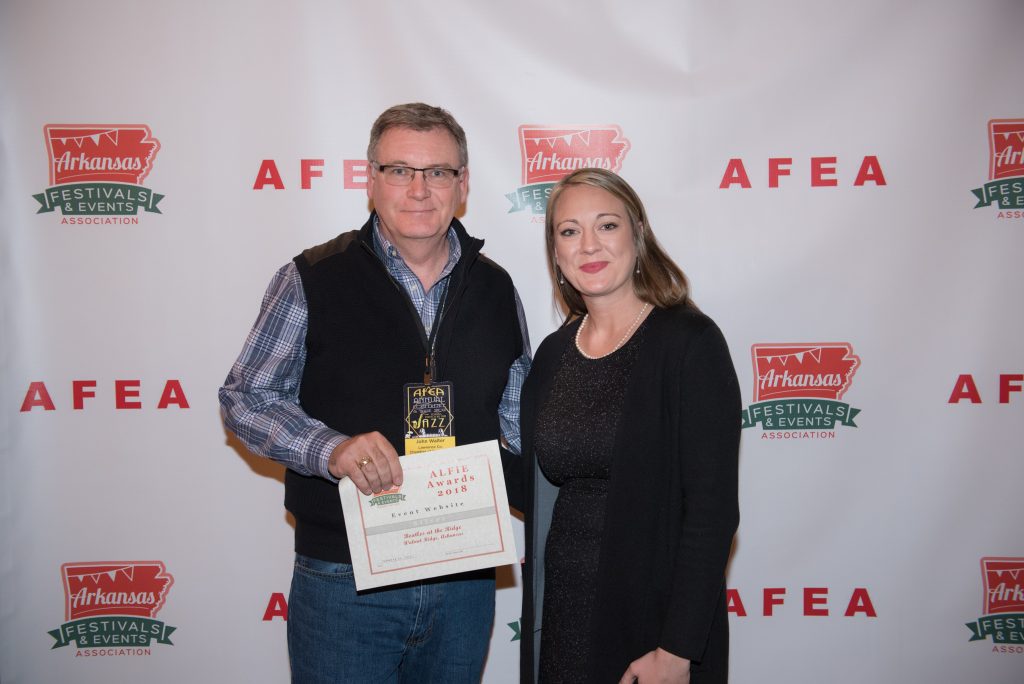 Jon Walter, owner of JW Technology, is the developer, designer and webmaster of the festival website. He accepted the Silver award for best event website.

Mayor Snapp said, “To win and remain in the top three two years in a row is a huge boost for the area … It isn’t about the Beatles; it’s a unique opportunity for the city of Walnut Ridge to get publicity.”

Snapp said that out of area businesses seeking to locate in a community “like to see positive media and progress. This event has opened numerous doors for the city.”

Lesa Walter, executive director of the Lawrence County Chamber of Commerce expressed her thanks to Mayor Snapp and the festival committee, as well as the “sponsors, the Beatles Symposium, volunteers, vendors, attendees and everyone who contributes your time and money to make this festival so much fun and a great success! This award is for you!”

Mayor Charles and Jackie Snapp and Jon and Lesa Walter represented the Chamber at the conference.