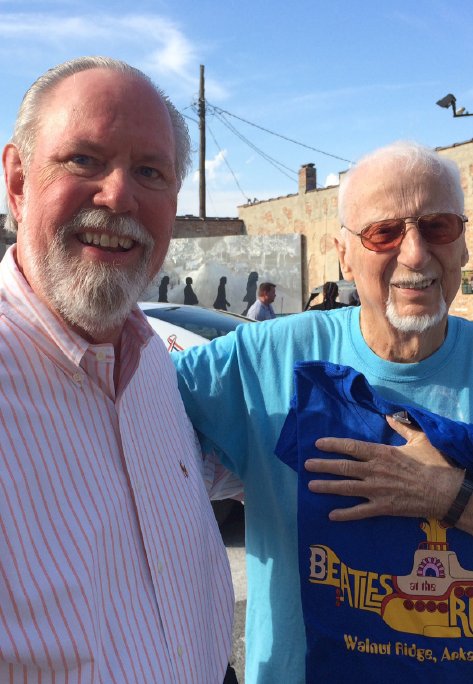 H.T. Moore with the late Sonny Burgess at the 2016 Beatles at the Ridge Music Festival.

Written by H.T. Moore, a native of Walnut Ridge, who was working as a reporter for the Times Dispatch newspaper in 1964 when the Beatles landed at the Walnut Ridge airport, and wrote the first article about their visit. H.T. will be part of a featured panel, Friday night in the Studio on Main Street Walnut Ridge starting at 6pm. Others on the panel will be

View the entire schedule for Beatles at the Ridge.