Arkansas’ brush with the Beatles

Arkansas’ brush with the Beatles

It was 53 years ago that Walnut Ridge, Arkansas, met four mop-topped boys from Liverpool. In 1964, the Beatles came to America, and they appeared on “The Ed Sullivan Show” on Feb. 9. More than half of the American population watched the Beatles’ performance that night, and that’s what pretty much single-handedly launched Beatlemania in the United States.

Later that year in the first week of June, the top five songs in America were all Beatles songs — something not equaled since. During the course of the year, they toured the U.S., and on Sept. 18, 1964, they finished a concert in Dallas. Tired both mentally and physically, they only had one more concert to do in New York City before flying home to England. They needed a place to go where they could relax.

The man who was furnishing their charter plane, Reed Pigman, owned a ranch in Alton, Missouri, 63 miles north of Walnut Ridge, and the plan was that he was going to let the group go to his ranch that weekend so they could get away from everybody and everything. The problem was this: How do you get the Beatles to Alton? They did some research to find the largest landing strip in a secluded area that could accommodate the plane. It just so happened that the airport in Walnut Ridge had been used for planes during World War II as a training facility, and it was large enough to accommodate their plane.

The secret plan was that after the Beatles finished their Friday night concert in Dallas, they would fly into Walnut Ridge, get on a little plane, and fly to Alton. They would have a quiet weekend and fly back to Walnut Ridge on Sunday. They would then go to New York City, give their concert and go home. Late that Friday evening, the owner of the local hamburger joint, The Polar Freeze, heard a noise, so he sent three teenage boys to the airport to check it out.

And there they were. To the shock of the boys watching, a big plane landed and out walked John Lennon, Paul McCartney, George Harrison and Ringo Starr. Three of them got in a little plane while George, who was afraid to fly on little planes, got into a Suburban and away they went. As soon as they got home, the boys told their sisters. Later that night, the girls, one of whom was Carrie Mae Snapp who now runs the Beatles memorabilia store in Walnut Ridge, went to the airport, broke into the Beatles plane and stole a pillow.

When the girls got home, the father of the young lady who stole the pillow saw what they had done. They confessed, and he sent them back to the airport to return the pillow, which they did, but they kept the pillow cover. Carrie Mae still has that pillow cover to this day.

The next morning, Carrie Mae and her mother went to the local restaurant, and there they spotted a man presumed to be the Beatles’ pilot. They started making conversation with him, trying to get information out of him as to when the Beatles were coming back.

He said, “Ladies, I can’t tell you that. I’ll be fired.” That didn’t stop them from pestering him, and finally they were able to wear him down.

“All I will tell you is this,” he said. “Don’t go to church tomorrow morning.”

So the next morning, there were around 300 people at the airport — mostly teenagers. They heard a little plane coming closer to the airport. It landed, John, Paul, George and Ringo stepped out, and soon a vehicle drove up. The Fab Four were shocked to see all the people there. They waved on their way to their plane, took off and went to New York City.

And that was it. Paul has performed in Little Rock as has Ringo. But as far as all four Beatles being there as a group, this was the only time the Beatles were all in Arkansas.

In 2011, some Walnut Ridge community leaders decided to come up with a way to commemorate the town’s connection with the Beatles, so they formed a music festival called Beatles at the Ridge. Every year on the third weekend of September, they have the two-day music festival. The Friday-through-Saturday-night festival culminates with a Beatles tribute band. For five of the festival’s six years, it has been a Branson, Missouri, band called the Liverpool Legends, formed by George’s sister Louise Harrison. The festival has become one of the fastest growing music festivals in the South.

In Carrie Mae’s store, there are poster-sized photographs commemorating the day the Beatles touched down in Walnut Ridge, and if you ask her,
she will be happy to tell you all about it.

Dan Newsom (’74) has been a Beatles fan since he was 11 years old. He hosted a radio show on Har­ding’s radio station, KVHU, called “Music of the British Invasion” under the pseudonym Johnny Harrison. 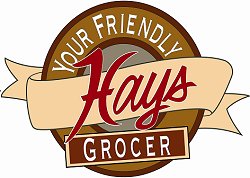 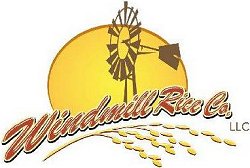